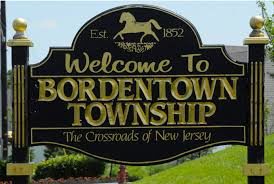 Well it appears that the good old boys of NJEHA are set to single-handedly bait the extremist cuck government of their state into shutting down the 1st Amendment. Apparently in Jew Jersey, some cuck mayor of a random little berg can wield enough clout to unilaterally dissolve constitutional rights. I'm not a freedom sperg, but even I think that this cuck-strutting is getting out of hand.

My friend from the NJEHA sent me a few articles from NJ.com, and some things immediately stood out. Firstly, it was hilarious that in their utter desperation to find someone, anyone, to disingenuously parrot the most basic cuckservative anti-racist mantras, the only two people they could find to comment were both jews. Some feminist cat lady joomer named Laven and a supposed military veteran named Reichek. Neither of them had anything compelling to say, they just added to the anti-White pile-on with totally milquetoast nonsense. Reichek's comments made him seem like a complete idiot, but I have to keep in mind that he was only speaking with the intention of gentiles hearing him, and he thinks that we're all really that stupid. Generally speaking, Jews are never serious about anything; they only advocate a position that they want the goyim to adopt because it's advantageous for jews and it sabotages gentile cultures, races and nations. Hence the inundation of the media with fake memes such as civic nationalism, libertarianism, humanism, multi-culturalism and a laundry list of other banal pseudo-moral garbage.

The funniest part of the article was when the cuck mayor tried talking tough and the jewess started squeaking about Trump and how "cowardly" White men are. They talk a big game and yet they both ran crying to the cops and FBI and now the foreign born Pakistani Attorney General wants to start up an 'Anti-Racist Task Force' because of a few stickers. Stickers with two simple, perfectly valid and non-controversial messages: 'Love your Race' and 'Feminism is Cancer'. No real person has any problem with these messages and in fact most people share these sentiments, but of course jews and cucks are offended by everything wholesome and so they'll screech endlessly about it. These sick freaks present themselves as virtuous for their screeching and devious behavior, which takes no fortitude or ethical courage at all. Try getting your tires slashed, death threats phoned into your workplace and summarily fired by cowardly cucks, like the frontman of NJEHA recently experienced, and then maybe there would be grounds for complaint. In the case of our brother in the NJEHA, it seems that nothing will be done and law enforcement is totally lethargic and inept. But he's not a jew, so of course his safety and rights are insignificant to the cucked legal system of New Jersoy. The mayor is a puffed up old cuck with no sense of shame, so it makes sense that he would dare to proclaim himself above the bill of rights. He's a car salesman and he's been a politician for 32 years, so he must have learned to be completely unscrupulous. Laven runs a hexing and witchcraft shop called "Broomstick Betty" and as laughable as that may sound I think it's perfectly fitting for a jewish feminist. Bordentown seems to be populated with the archetypal curmudgeonly lowlifes and the most repulsive creatures imaginable. Overall the article was an unsurprising display of Jewish fragility, paranoia and cowardice, as well as their magical ability to perpetually brand themselves as victims of perceived slights or alleged wrongs. This is precisely why Jews are a burden and a drain on any community they infest. They waste public resources and police time on what amounts to concern-trolling and crying wolf.

Definitely the frontman of NJEHA is a lot braver and more masculine than any of these soyed up cowardly Jews. He's definitely a more respectable veteran than this Reichek moron, just my opinion. Reichek plays the same tired old "we all bleed green" veteran-cucking. From my own personal experience in the military, few people actually feel that way, but furthermore the modern American military is totally derelict because of diversity. It's also hilarious that a jew plays the veteran card to befuddle the goyim and denounce White Nationalism, because a majority of the White Nationalists I've known were military veterans and honorably discharged. In fact many of the NJEHA boys are also veterans. Most of the men on our side at Charlottesville in 2017 were military veterans. In fact, military veterans are now a main surveillance target for law enforcement and politicized government agencies, probably because they are planning to take the country in a direction that they know we will not approve of and a direction that will undeniably make America worse off. But I'm sure that certain 'veterans' like Reichek have no problem with this dark direction America is going, probably because they know that they can always get a one-way ticket back to the Levantine ethno-state of their tribe. The absolute negligence and unwillingness of our institutions to consider dual-loyalties a serious threat to America is astounding.

Now certainly it would be ironic to think of subversive jew 'veterans' like Reichek getting water-boarded for 10 hours straight by some federal police-state thugs, but it's obvious that our ZOG-cucked government has decided to give Semites and Africans plenty of room to destroy across this country. In the aftermath of the Philadelphia mass shooting, in which a black terrorist shot six police officers, the eyes of law enforcement should be focused on subversive Jews with extremist anti-American views, similar to those of Reichek and Laven, who undermine the commander in chief frivolously in an attempt to damage the trust between citizens and their government. After the Dallas shooting of five police officers by a terrorist black-lives-matter supporter, and after innumerable riots and mass-shootings by black criminals radicalized with anti-White and anti-American rhetoric promoted primarily by jews and jewish-owned media outlets, normal Americans should be screaming at our representatives and institutions to investigate, charge and punish these vile extremists, because they are very visibly and violently destroying our country.

In America and most of the western world, Jews enjoy outrageous privilege and yet they have nothing but enmity for all non-Jews and our cultures and nation-states. The unwarranted protections and social deference paid to Jews is nothing less than a crime against the gentile citizens of America and a violation of our rights. Zionism has created a hostile privileged class in America and most European nations, and this rootless cosmopolitan clique has repeatedly shown itself openly hostile to all people of the White race. That our governments and institutions are immoral and unconscionable enough to side with malicious minorities against a peaceful and law-abiding majority is objectionable beyond the pale.

Police and military personnel who facilitate this anti-White behavior and make excuses for criminal elements in our society are nothing but shameless cowards or inept idiots, if not outright traitors. Fortunately their recruitment has been diminished now as a result. I personally tell the young White men that I meet to stay out of the military and the police forces. In fact working for the government in any capacity so long as it remains either incompetent or hostile, is totally unjustifiable. Bordentown is a prime example of a city ruled by extremist anti-White ideologues. They recently ousted their own police chief, Frank Nucera, a man by all appearances patriotic and dutiful, for alleged racism. If a good man defending his own community from violent criminal outsiders is rewarded with such treachery then clearly these cuck towns and cuck institutions are not worth any White man's time or resources. The fact that the mayor himself said that 90% of his town are tolerant cucks is telling... and it tells me that there's something going on in Bordentown that he's not being honest about. I'm sure that the mayor will happily blame Whites or make some vague allusion to racism as an excuse for violent black crime coming into his community.

Bordentown, like too many other municipalities in America, is mired in an extremist ideology that has no basis in anything other than hatred and falsehood. This is the ideology of judeo-Marxism that preaches an utterly insane and completely unfounded version of reality, touting race and gender as mere "social constructs" to be dissolved on a whim. It is an ideology that lays all the perceived tragedies of history upon the White race, including many historical phenomena orchestrated largely by organized mercantile Jewry, such as the slave trade and colonialism. It is an ideology that targets the White race specifically and seeks to demoralize and ultimately destroy Western Civilization. It is an ideology that murdered tens of millions of people globally at the behest of mainly Jewish Bolsheviks. It is an ideology that aims to fundamentally break down and reconstitute our society into an unrecognizable form, and it is insistent upon using violence to do so. One could not possibly name a more terroristic, dangerous and anti-American ideology, and it is married at the hip to judaism. It is so malignant that anyone refusing to take it seriously should be seen as a probable traitor. Anyone who proposes that jewish extremists are in any way less virulent or less threatening than Islamic radicals, is either laughably moronic or a traitor to his people and his country.

I view people with Reichek's mentality as domestic threats to the American Republic and to White Americans especially. They apparently believe that the Bill of Rights can be disregarded at the behest of a privileged minority, and that minority would of course be jews. Meanwhile Jews in America make use of the 1st Amendment to express their hatred of White people and even to solicit for our displacement and genocide. They make use of it to produce television shows in which a black FBI agent advocates throwing White children from rooftops and coincidentally a few days later a black criminal did just that to a five-year-old White child at the Mall of America. The FBI never bothered to make a public statement denouncing this depiction of their organization and its culture, so one can only guess that they must endorse such flagrant hate speech. But of course they will investigate law-abiding White groups advocating for their racial interests. Essentially, jews think that public institutions exist exclusively for their own use to intimidate and silence Whites.

This quickening of anti-White memetics, lawfare and street violence has made it clear that a White racial living space is required and not conditional. A White ethnostate with its own government, military, law enforcement and economic protections is needed to put an end to the pathological racist hate of Jewish extremists, black terrorists, and disingenuous platforms for mischief such as Antifa and the Democratic party. Separation and revolution are the only viable solutions to the apparent negligence and apathy of the current system that facilitates these extremists and their criminality.